For two weeks in a row, the supporters of the free Internet were going above and beyond. They signed petitions, made an uproar in the media, caused the outrage on Facebook, etc. As a result, they succeeded in taming the dangerously incompetent lawmakers, at least for now. The European Parliament rejected the Copyright Directive proposal and Ukrainian MPs did not vote for the draft law No.6688. That’s why the article we’ve been working on is temporarily off the table. At least, until the dangerously incompetent people produce their next brilliant ideas. 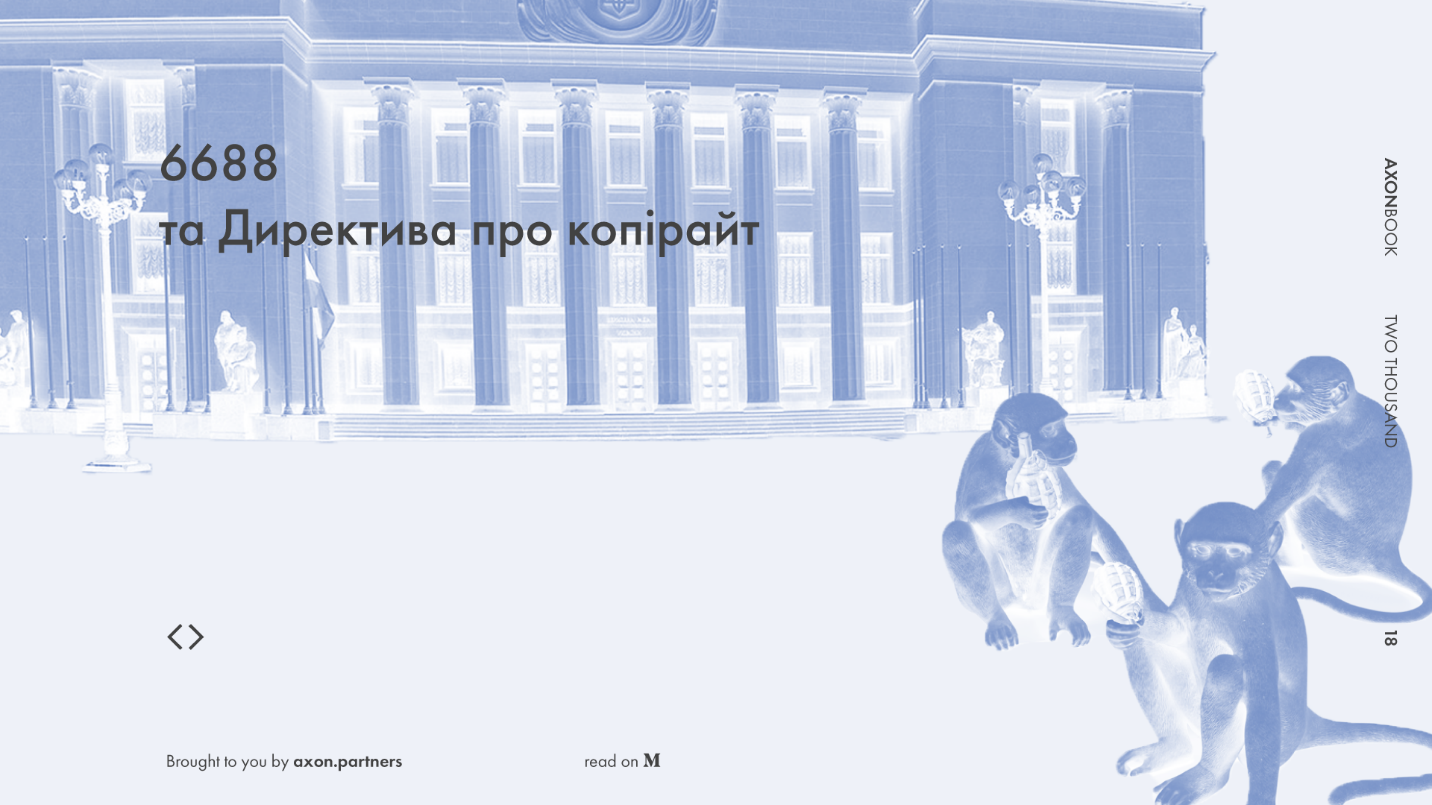 Draft Law No.6688 and the Copyright Directive. In Ukraine, a dangerously incompetent person is often referred to as “a monkey with a hand grenade”.

Weare perfectly aware that neither of us is G. Orwell. Still, we tried to imagine the world where the European Parliament had voted for the new Copyright Directive and the Verkhovna Rada of Ukraine had passed the law No.6688. So, here is our dystopia.

Once upon a time in the EU 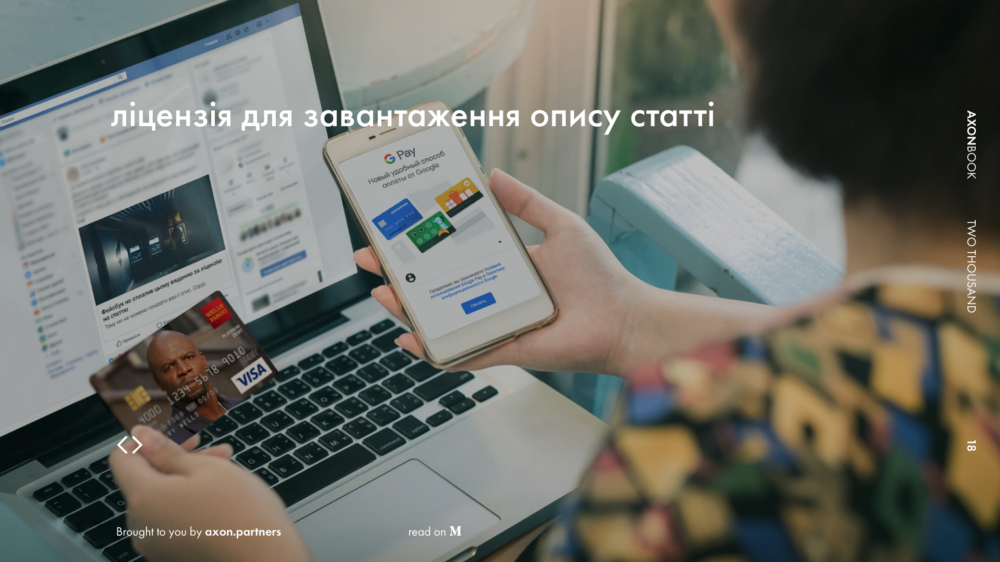 A license for uploading the article description

Every single day we come across thousands of re-posts on Facebook and Twitter linking to original texts. We can see a headline and a snippet of the original content below. The Copyright Directive Proposal (Article 11) contains the requirement, according to which platforms like Twitter and Facebook will have to obtain licenses from publishers, such as The Guardian (that is, to pay the “link tax”) before quoting anything from their articles.

Each EU member state will decide what exactly is going to be licensed, even though the new Copyright Directive was actually intended to create the single digital market and unify the regulatory framework.

The German government has earlier proposed to collect fees from any quoting, whether or not it contains any original author’s opinions or ideas. In this case, you will be forced to buy a license even if you want to quote something like “German Chancellor Angela Merkel shakes hands with Ukraine’s President Petro Poroshenko”. And who cares if this headline is only a statement of fact.

According to the European Copyright Society, Article 11 will make it difficult for small and new media to enter the market. Spain and Germany already tested some similar regulations. As a result, small publishers lost their readers. For platforms, it did not pay to work with them.

At some point, the lawmakers decided to relax the proposed regulation (it’s hard to say who we have to thank for it – public activists or magicians). On June 29, the European Parliament Legal Affairs Committee proposed the amendments, according to which platforms will not be charged in case individual Facebook or Twitter users use content for non-commercial purposes. And what if it is a commercial re-post? How is Facebook supposed to know the exact list of business activities some Ukraine-based independent contractor is entitled to conduct?

And not only memes. End of parodies, adaptations, and anything ironic or sarcastic. That’s exactly what Article 13 of the Directive proposal intends to do. No wonder it caused a greater shit storm online than the complete GDPR text.

But wait,  YouTube has already been doing this! That’s right. With Content ID, content owners can check the content database and decide what to do if their copyright has been infringed. They can block the content or monetize by running ads against it. The Copyright Directive proposal offers a completely different solution – it requires online platforms to monitor the content.

In certain cases, you can use someone else’s intellectual property without breaking the law. In the USA, it falls within the fair use doctrine. In the EU, the current Copyright Directive allows to legitimately use someone else’s intellectual property for educational or scientific purposes; criticism or review; caricature or parody. If a new Copyright Directive comes into force, online platforms will have to weigh up all the risks before taking any responsibility for their users’ creativity and investing a good deal of their income into automated content filtering systems.

Microsoft buying GitHub. Was it a smart move?

The initial Copyright Directive proposal did not contain the term “platform”. That’s why even GitHub fell within the scope of Article 13. Later on, the European Parliament Committee on Legal Affairs added the term “online content sharing service providers” clearly stating that such providers do not include open-source software platforms. That’s how GitHub was rescued. 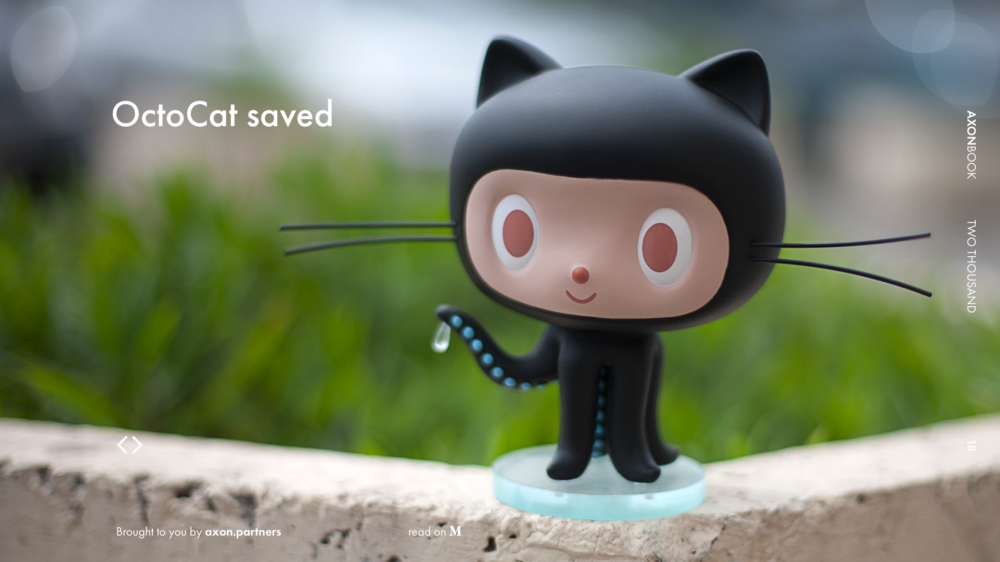 Going back to Ukraine

In Ukraine, we have smaller-size hand grenades but more monkeys, so it is still dangerous in here. July 12, 2017, the MPs I. Vinnyk, D. Tymchuk and T. Chornovol introduced into Parliament the draft law No.6688 proposing to amend a number of national information security acts with an intent to boost Ukraine’s cybersecurity. Apparently, the MPs believe that the best way to fight the enemy is to use the enemy’s methods, that is, to make a list of websites that should be blocked.

According to this draft law, Internet providers have an obligation to buy all technical equipment necessary for website blocking that complies with the requirements set by the Special Communication and Data Protection Agency of Ukraine. Such requirements are likely to establish the monopoly of one equipment provider and make Internet services more expensive.

Website owners will not be able to make any objections. First of all, we are supposed to trust our prosecutors and investigating officers, right? Second of all, website owners get notified about their websites being blocked, which is a great honor, enough as it is. Even if they would want to delete the controversial content, they would not get a chance to do it. The court will uphold the order to block the website, even if they had failed to identify the owner, so and he or she failed to arrive at the hearing.

Following this brief performance, the Internet provider will be required to block the website in keeping with the procedure prescribed by the Cabinet of Ministers of Ukraine. But oops, the  European Convention on Human Rights (Article 10) states that the right to freedom of expression may be subject only to such restrictions as prescribed by law. The question is, do our lawmakers have any respect for the hierarchy of laws and regulations?

In addition, the lawmakers have left numerous gaps in the law, so that it does not contain any clear website blocking procedures, in particular when it comes to permanent blocking. If the MPs sign this draft into law, they will get the anti-democratic ball rolling and won’t be able to control it anymore. Apparently, the MPs listened to their gut instincts telling them it was a bridge too far, so they did not vote for the law. However, it is not the end of the story. The lobbies are looking to secure the backing. The National Security got as far as using its Facebook page to ask people to support the law. So, get some popcorn and hayfork (just in case) ready. The fun has just begun! 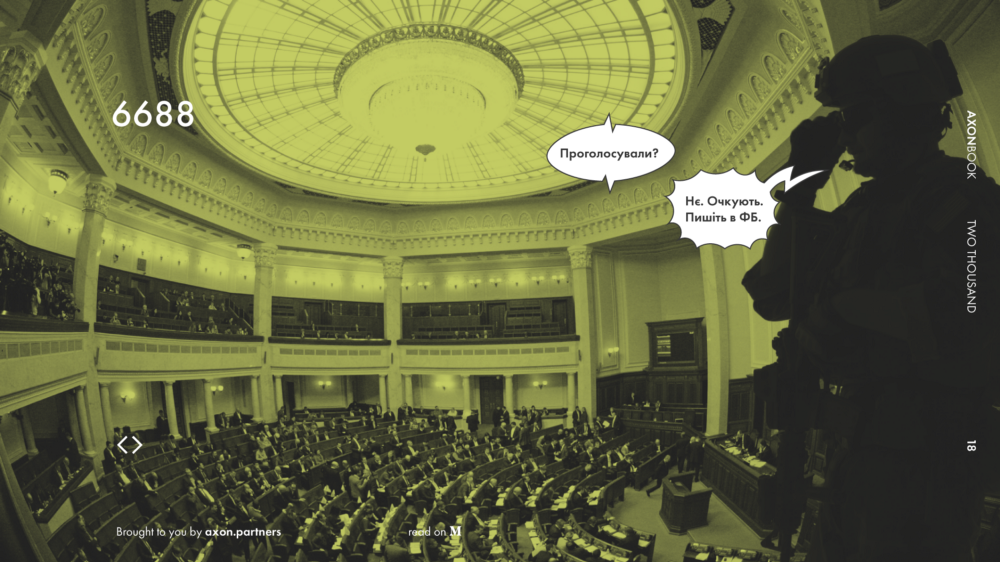 (Our shooter during a Parliament session)