Now the teal law firm is in Kharkiv! 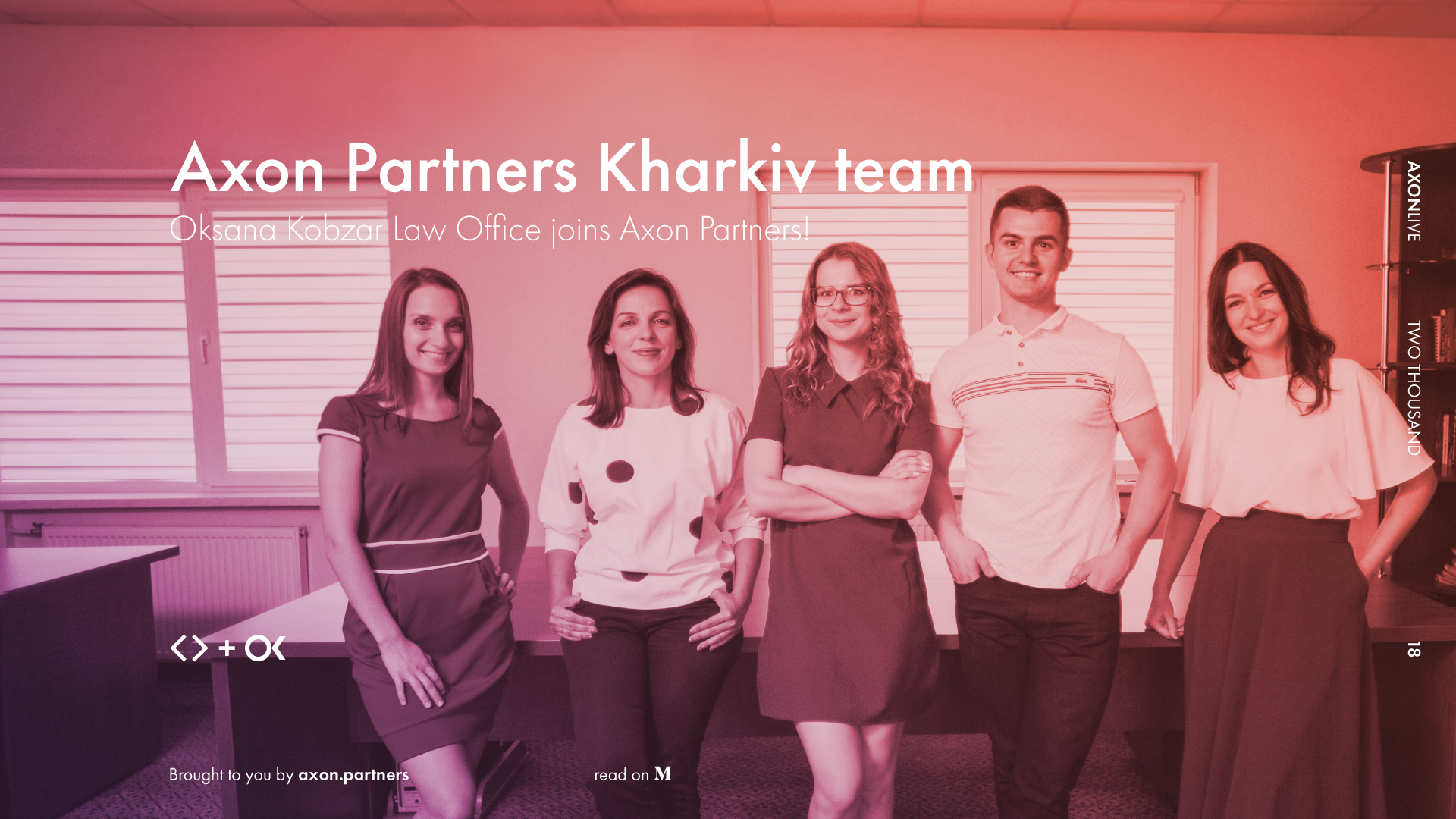 Axon Partners has merged with Kharkiv-based Oksana Kobzar Law Office. So, there are offices of the teal law company not only in Kyiv and Lviv but also now in Kharkiv. The name of the merged company is Axon Partners.

Our merger has an efficient goal beyond increasing our number of lawyers up to 30. Both firms are ranked in the Legal 500, while Axon Partners is known as the top Ukrainian law firm in tech. First, we have become a Full Service company: now we have comprehensive practices of litigation, international taxation, and customs. Second, we are going beyond serving technology and media companies but keeping our focus on innovation.

Powerful tax and litigation practices are red oceans of the legal services market. We have experience in these areas but we didn’t divide them out as separate practices for two reasons.

The first reason is that we were previously not ready to compete with the leaders: the Big Four and Ukrainian BigLaw. Now we are powerful enough to compete with Ukrainian Big Law in the industry both externally (rankings) and internally (processes and level of expertise). Therefore, we can add new additional practices to our strong expertise in IT.

The second reason is that usually tax and litigation lawyers get used to the role of a lawyer instead of being broad spectrum business consultants for the client. It’s great luck that we met and teamed up with Oksana.

It was more so our dream than our strategy to have offices in the three largest IT centers of Ukraine. Large tech companies with development offices all over Ukraine will feel more secure with our lawyers nearby.

“The tech sector has been developing without much help (and often with quite a bit of hindrance) from the state authorities., The number of tech companies is increasing, as is the complexity of economic relations. Innovative sectors such as fintech and blockchain, drones and e-commerce are not just changing the structure of our GDP, they are strange and alluring prey for the tax authorities. But nobody ever promised it would be easy” – were the cheerful words of Oksana Kobzar, Partner and leader of Axon’s new Kharkiv Office.

A bearded guy interrupts Oksana: “Kharkiv is the second largest blockchain hub after Kyiv. Most Ukrainian cryptoanarchists learned about blockchain from Kharkiv thanks to Distributed Lab so we really wanted to open an office there. Just as much as we wanted to be in Lviv a year ago”.

“Although we are changing our focus to big businesses, we will continue to help startups. Small companies bring us such issues that large businesses would never raise. And while we are looking for the answers, we get important expertise in issues that later become crucial to every business. And there is one more interesting thing. Although we are Ukrainian lawyers, most of the time we work with foreign law. There isn’t much venture capital investment or international tax and corporate structuring done under Ukrainian law! Our lawyers’ knowledge and skills are sufficient for advising on core principles of English and American law.” – says Dima Gadomsky, Axon’s CEO